Drawing on results of a spatial suitability model developed in partnership with NCCOS, the Bureau of Ocean Energy Management (BOEM) this week designated two Wind Energy Areas (WEAs) in the Gulf of Mexico with the potential to produce enough renewable energy to power nearly three million homes.

The areas identified for wind energy are located 24 nautical miles off the coast of Galveston, Texas (508,265 acres), and 56 nautical miles off the coast of Lake Charles, Louisiana (174,275 acres) (see map below). The NCCOS–BOEM spatial suitability model analyzed the entire Gulf of Mexico ecosystem to find areas that have the least conflict with other ocean uses and the lowest environmental impact.

In July 2022, the Department of the Interior announced that BOEM was seeking input on two draft WEAs during a 30-day public comment period. Due to feedback received during a Gulf of Mexico Renewable Energy Task Force meeting, BOEM extended the comment period to 45 days, which closed on September 2, 2022. BOEM received 107 comments, which helped inform the final WEAs.

BOEM slightly reduced the size of the WEAs from their draft versions to address concerns expressed by the Department of Defense and the U.S. Coast Guard regarding shipping, marine navigation, and military operations.

The next steps in BOEM’s renewable energy competitive leasing process include issuing a Proposed Sale Notice with a 60-day public comment period later this year or early next year.

NCCOS mapping products in the Gulf of Mexico and other regions are helping advance the President’s clean energy goal of deploying 30 gigawatts of offshore wind energy by 2030, while minimizing the wind industry’s impacts on protected species, habitats, and commercial and recreational fishing. 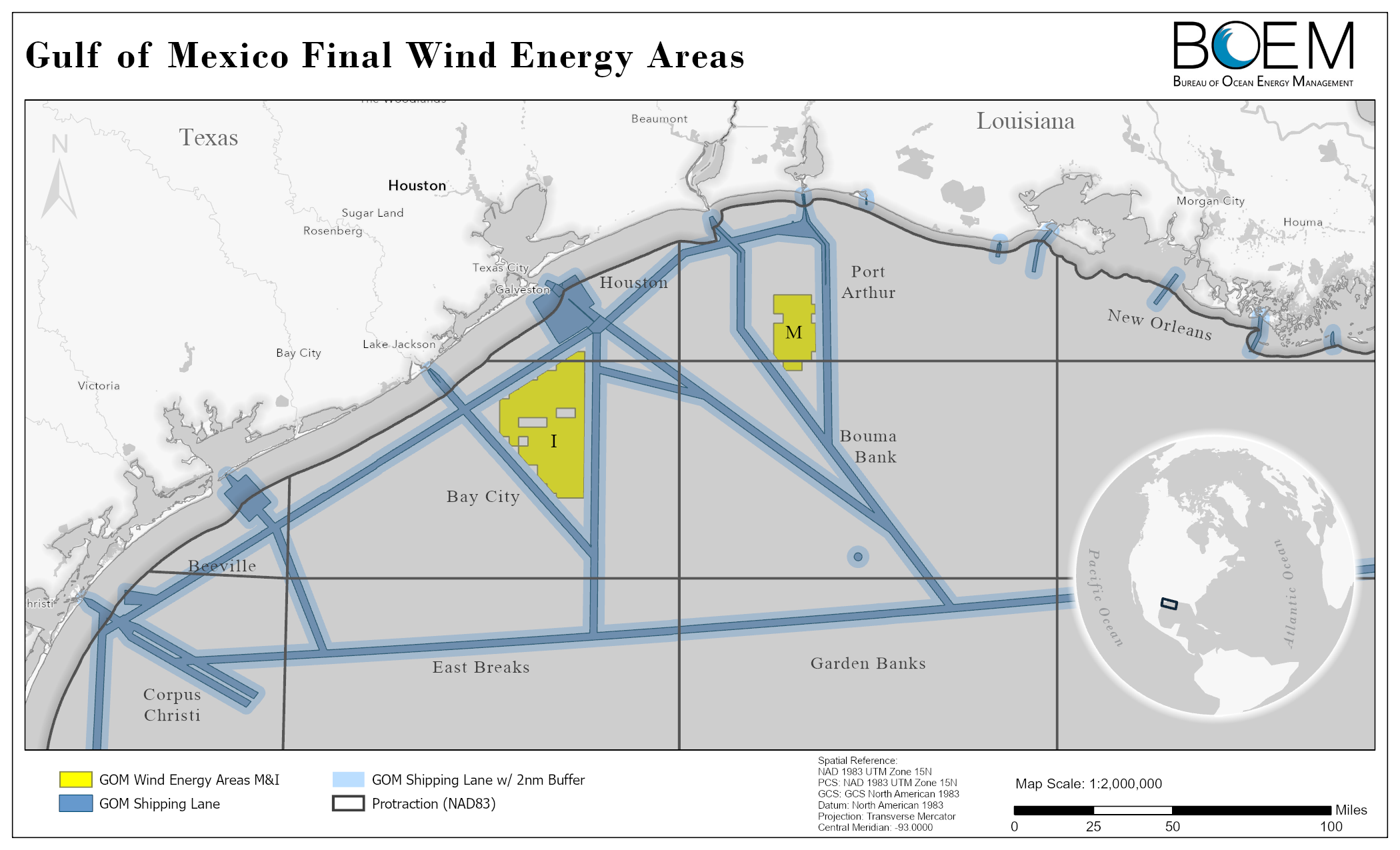 Hardwiring Hydrography: A Note from the Field