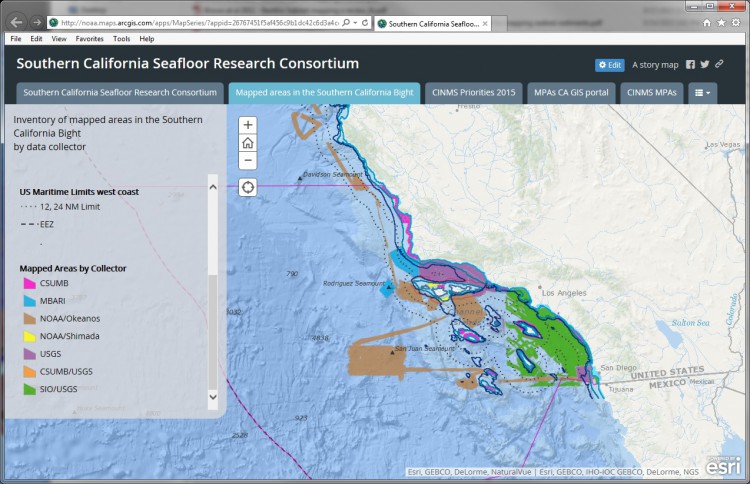 An inventory of existing seafloor data, along with current agency objectives, highlights data gaps that can be filled by new mapping efforts.

Meetingparticipants agreed that seafloor bathymetry and habitat data are critical for a wide range of uses, from resource management to marine spatial planning. Attendees developeda map of priority areas based on the requirements and objectives of their respective organizations, with particular interest in shallow water (less than 30 meters) around the Channels Islands.

The Channel Islands National Marine Sanctuary is a central feature of the Southern California Bight, located at a water convergence zone that supports coral reef ecosystems and is a historically productive area for a diversity of fishes,includingrockfish, anchovy, bonito, and mackerel. However, less than 50 percent of the sanctuary is mapped, making it difficult to know the full extent of marine resources in the sanctuary and how to properly manage them.

Agencies represented at the meeting included:

Giant Barrel Sponges at Dry Tortugas and Pulley Ridge are Genetically Similar, but Distinct from Other Places in Region