NCCOS Biogeography Branch staff are working with visiting scholar Daniel Mateos-Molina, on methods to identify ecologically important areas in the Florida Keys National Marine Sanctuary. Daniel is a Marie Curie fellow in a project funded by the European Commission for Monitoring Mediterranean Marine Protected Areas ( MMMPA ). As part of that project, he is working in an environmental consultant enterprise, UBICA (Underwater Bio-Cartography) in Genoa, Italy, and enrolled in the PhD program at the University of Murcia, Spain. His main tasks are to integrate data of the MMMPA team using decision support tools, and to develop case studies on different marine conservation aspects of MPAs. Currently, Daniel is assessing consequences of land cover changes on sediment deliveries to coastal waters in the western Mediterranean Sea. Daniel has collaborated with NOAA in Puerto Rico since 2008 on restoration and monitoring coral reef projects, with continued research on spawning aggregations there. He continues to collaborate in the Caribbean - his last contribution was as co-author in the book chapter, 'Marine Managed Areas and Associated Fisheries in the US Caribbean.'

Daniel will be in Silver Spring until February 13th. For more on the Florida Keys project, contact Dan.Dorfman@noaa.gov.

Development of a Non-radiometric ReceptorBinding Assay for Paralytic Shellfish Toxins

NCCOS Center for Coastal Environmental Health and Biomolecular Research in Charleston hosted a scientist fromQueens University, Belfast, Northern Ireland, for three weeks of receptor binding assay (RBA) trainingto facilitate development of a new generation RBA for paralytic shellfish toxins that does not useradioisotopes. John McComb, a Ph.D. student in chemistry at the Institute for Global Food Security, isattempting to synthesize saxitoxin mimics that contain a fluorescent reporter molecule, which wouldallow implementation of the RBA without concerns related to the use of radioisotopes. Although theexisting RBA method uses low enough levels of radioisotopes to be considered exempt from nuclearregulations in the U.S., some countries in the E.U. have stringent policies that may make it difficult toimplement. A fluorescent version of the method, if successful, would be well received. 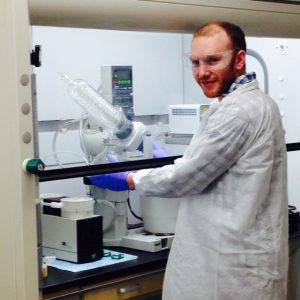 Paralytic shellfish poisoning is a world-wide, sometimes fatal seafood poisoning caused by toxins fromalgae that accumulate in shellfish. The receptor binding assay, developed by NCCOS, and validatedthrough rigorous international collaborative trials, is now approved for regulatory testing of shellfish inthe U.S. and is under consideration by CODEX Alimentarius. This technique offers an alternative to thelong-standing mouse bioassay, which requires injecting shellfish fluids into mice and timing how long ittakes for them to die.