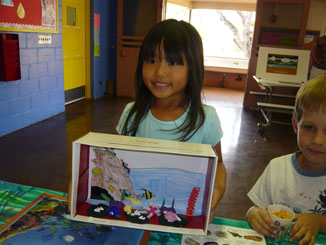 Instilling an understanding and appreciation of Hawaii's islands and nearshore waters in the next generation is an important educational goal of the Hawaii Coral Reef Initiative (HCRI), which has been sponsored by NOAA since 1998.

Teachers can use this resource to supplement existing science lessons or it can be used as a standalone curriculum. Parents can use the materials at home. HCRI is sponsored in part by the Center for Sponsored Coastal Ocean Research (CSCOR).