Over the past 25 years, the hard work of CCEHBR volunteers has produced 1,115 30-gallon bags of trash, weighing a grand total of 8.4 tons. This effort has garnered several local and state service awards, including Charleston County's Outstanding Adopt-A-Highway Group of the Year. The volunteers include current, former, and retired CCEHBR employees dedicated to bagging trash four times annually along a particularly well littered road in Charleston County. 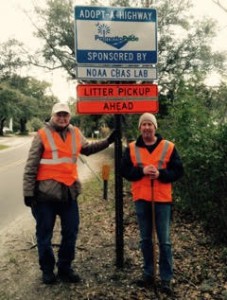