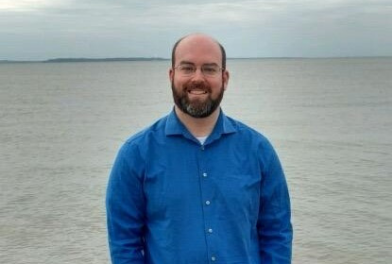 Following his undergraduate, Marshak was briefly employed as a contractor at the NOAA Fisheries Galveston Laboratory. He then worked as a graduate research assistant at the UPR-Mayaguez Isla Magueyes field station, where he also participated in coral reef related research with NOAA Fisheries, Puerto Rico Sea Grant, the Caribbean Fishery Management Council, and intermittently assisted the NCCOS Biogeography Team. His research included studies into queen conch spatiotemporal patterns throughout the Puerto Rico shelf; the effects of trap fisheries on coral reef ecosystems; and the effectiveness of fishing closures on grouper spawning aggregations. Before coming to Silver Spring as a 2014 Sea Grant Knauss Fellow, he was based at the Dauphin Island Sea Lab (Alabama) where his dissertation research was focused on the ecological effects of lionfish and climate-associated range shifts on the Gulf of Mexico red snapper population. Prior to joining NCCOS, Marshak was placed in the NOAA Fisheries Office of Science & Technology during his Knauss fellowship year and continued in that office as a contractor for five years. During that time, he co-led its habitat science program and collaborated with the NOAA Fisheries Senior Ecosystems Scientist on projects related to ecosystem approaches to management.